Decorating inspiration comes in all shapes and sizes.  Some designs are simple and understated.  While others are massive and barely comprehendible.  While inspiration can be found almost anywhere in our day to day lives, truly visionary inspiration usually requires looking beyond your everyday surroundings.

We just returned from a trip to North Carolina in search of just such visionary inspiration.  You might expect that we were headed to the “home furnishings capital of the country”, High Point, N.C.  Instead, we made a trip to Biltmore Estate in Asheville. 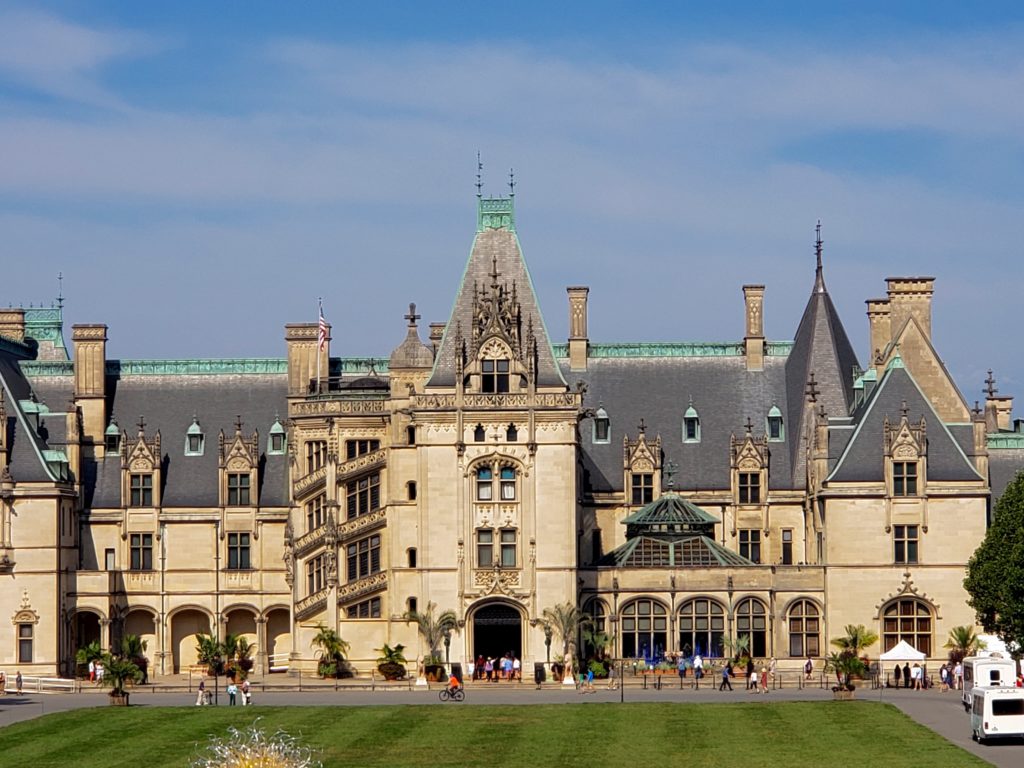 After 123 years, Biltmore is still the largest privately owned home in the United States.  This chateau-style mansion nestled beside the French Broad River in the Blue Ridge Mountains is the visionary masterpiece of its original owner George Washington Vanderbilt II. 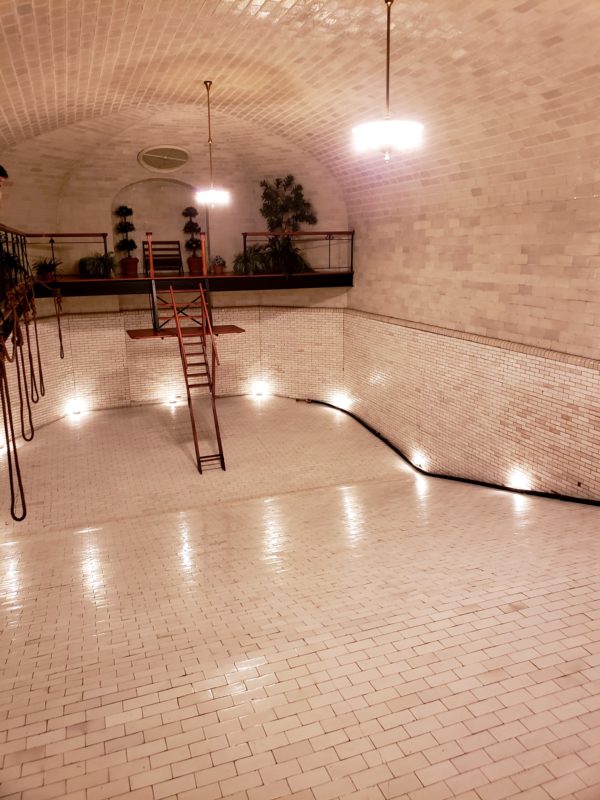 Completed in 1895, after 6 years of construction, this mammoth home contains four acres of floor space and a total of 250 rooms including 35 bedrooms for family and guests, 43 bathrooms, 65 fireplaces, and three kitchens.

The home also contains many 19th-century novelties such as electricity, an indoor, heated swimming pool, electric elevators, forced-air heating, centrally controlled clocks, fire alarms and a call-bell system.  All were unheard of luxuries at the time especially when most Americans didn’t even have indoor plumbing. 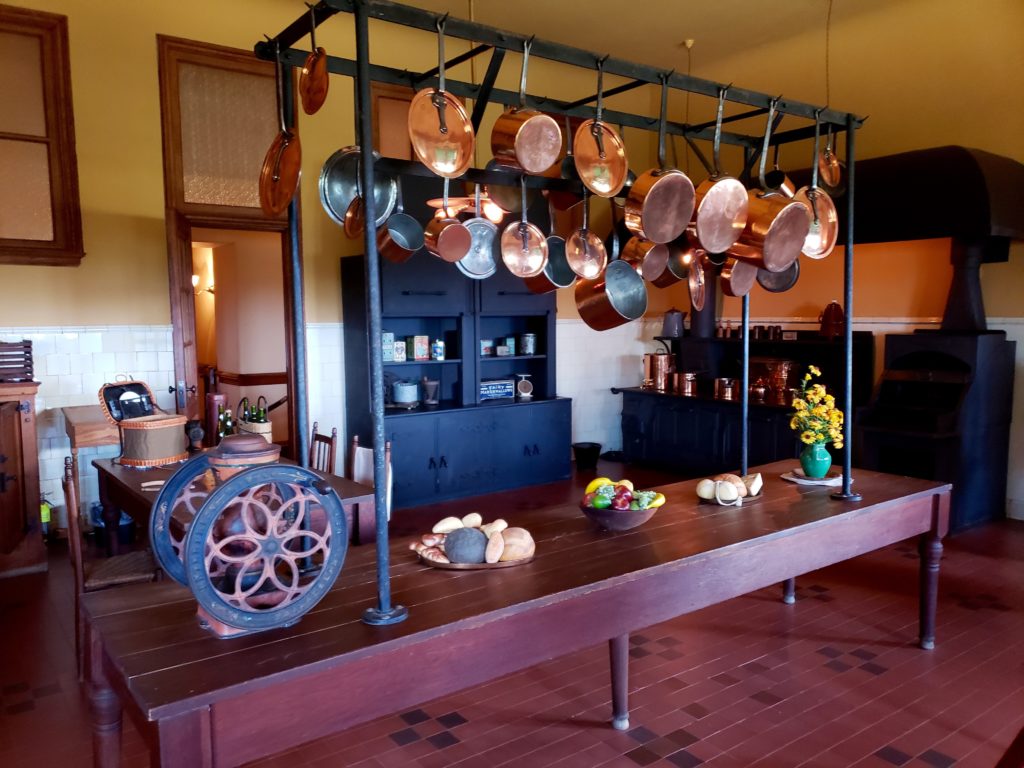 If you think decorating your home is a chore, can you imagine decorating Biltmore’s 135,000 sq. feet of living space?  Instead of hiring an interior decorator, Vanderbilt (a bachelor at the time) took great pride in doing the work himself.  Along with famed Architect and designer of Biltmore, Richard Morris Hunt, the pair tackled the daunting task of sourcing, shipping and installing the vast quantities of furniture, art and accessories needed for Biltmore. 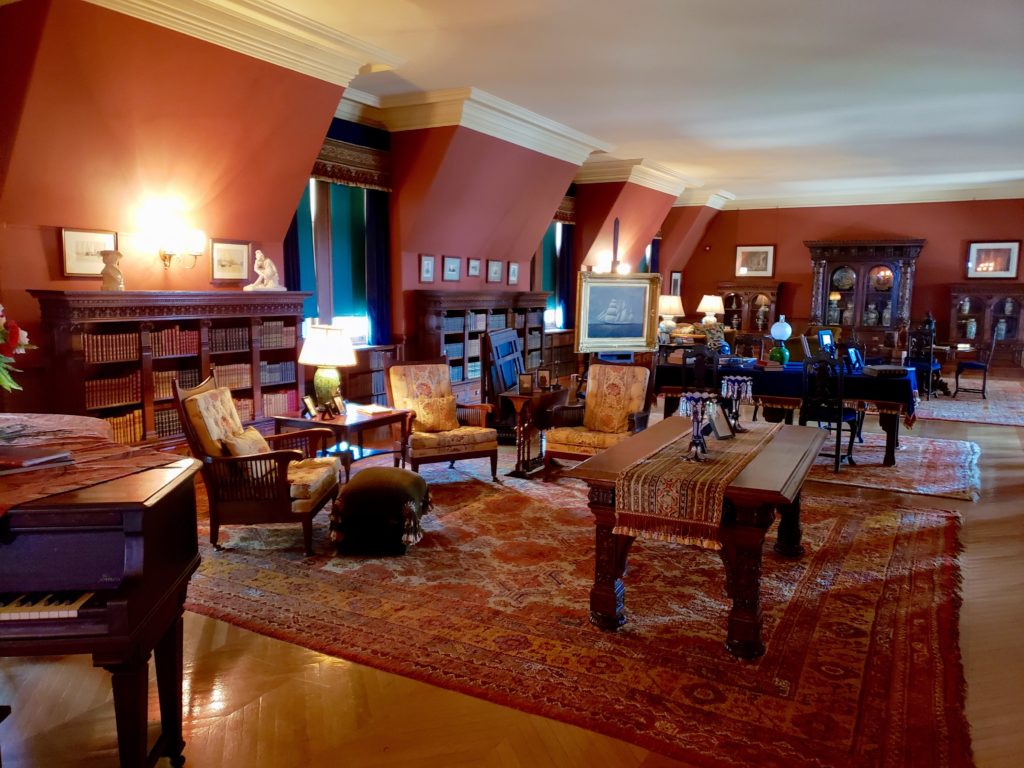 Vanderbilt went on extensive buying trips overseas as the house was being built.  He returned with thousands of furnishings for his newly built home including priceless tapestries, hundreds of rugs, artwork, prints, linens and every sort of decorative object.  Treasures in the home date from the 15th century to the late 19th century and include works by Meissen, Whistler, Renoir, Bitter and many, many more. 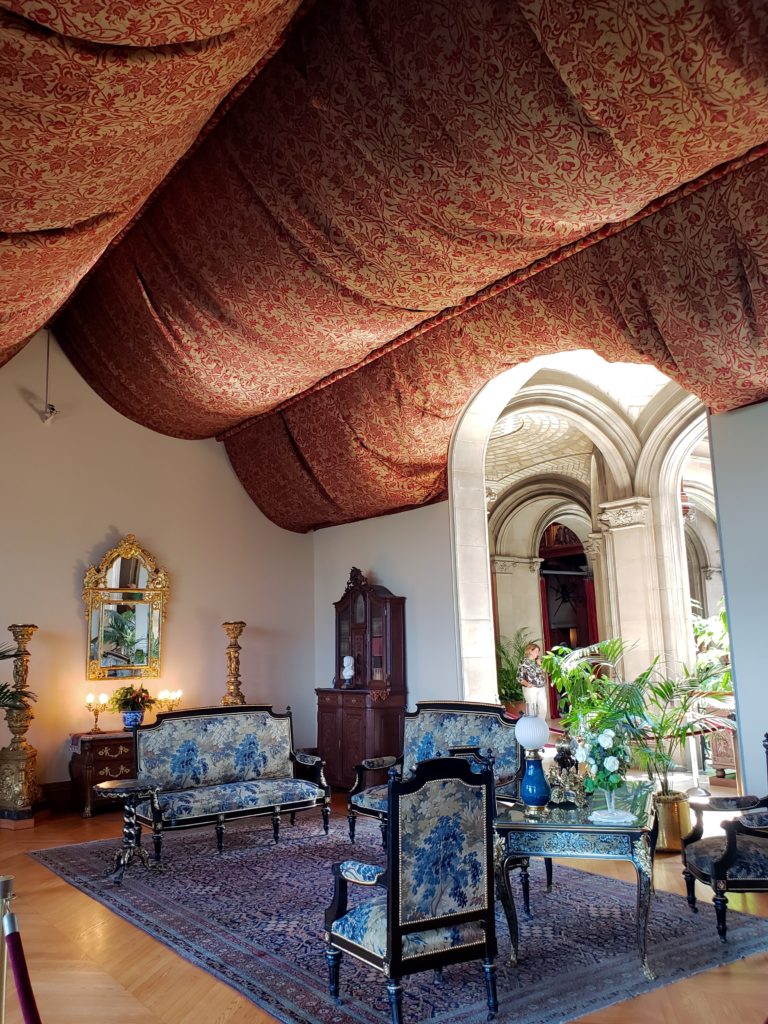 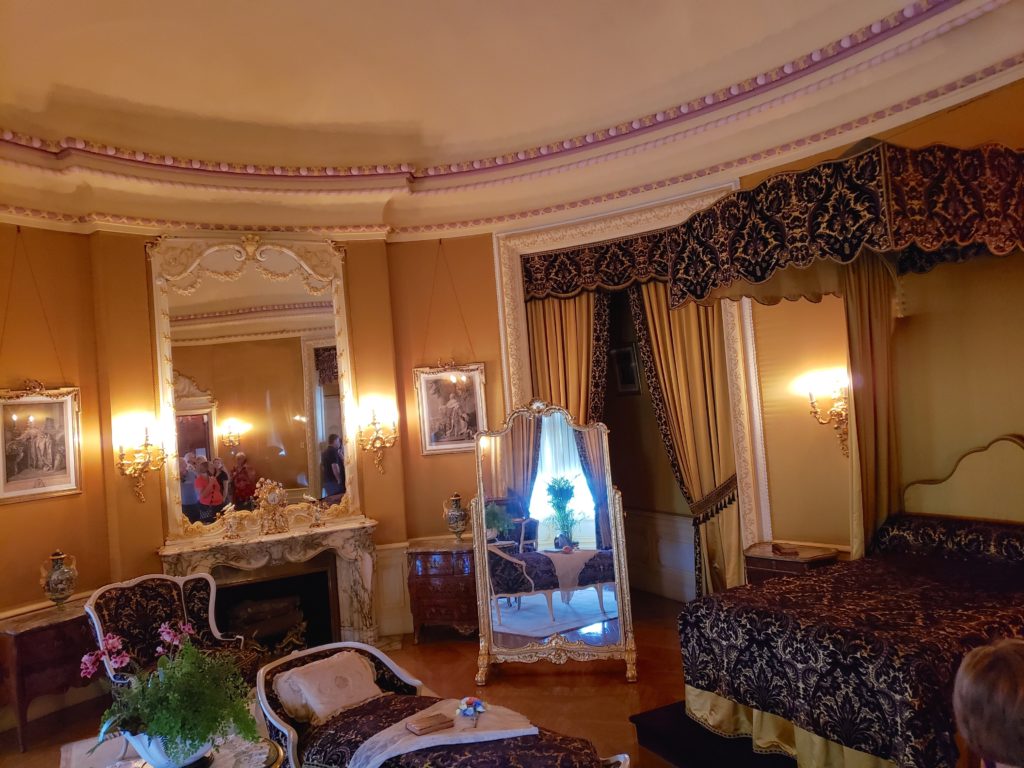 One of Vanderbilt’s most impressive acquisitions is the massive oil on canvas ‘Chariots of Aurora’ by Giovanni Antonio Pellegrini which graces the ceiling of Biltmore’s library.  The piece is known to have come from the Palazzo Pisani on the Grand Canal in Venice.  It was removed in sections, restored and installed at Biltmore. 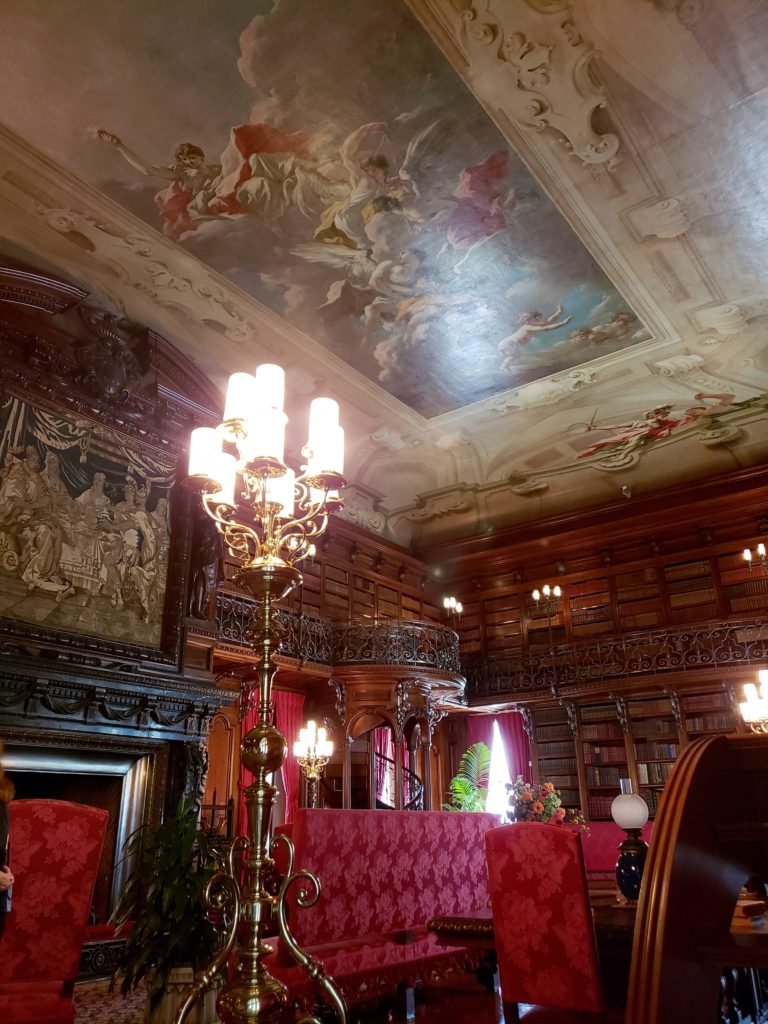 Library featuring “The Chariot of Aurora” by Giovanni Antonio Pellegrini

George W. Vanderbilt was clearly a visionary in his own right.  He was blessed with wealth and good fortune until his untimely death at the age of 51 due to surgical complications after an appendectomy.  Vanderbilt embodies the ideal that if you dream it and believe it, you can achieve it.  Biltmore is a stunning example of one man’s dream to build one of the most impressive and well-appointed homes the world has ever seen. 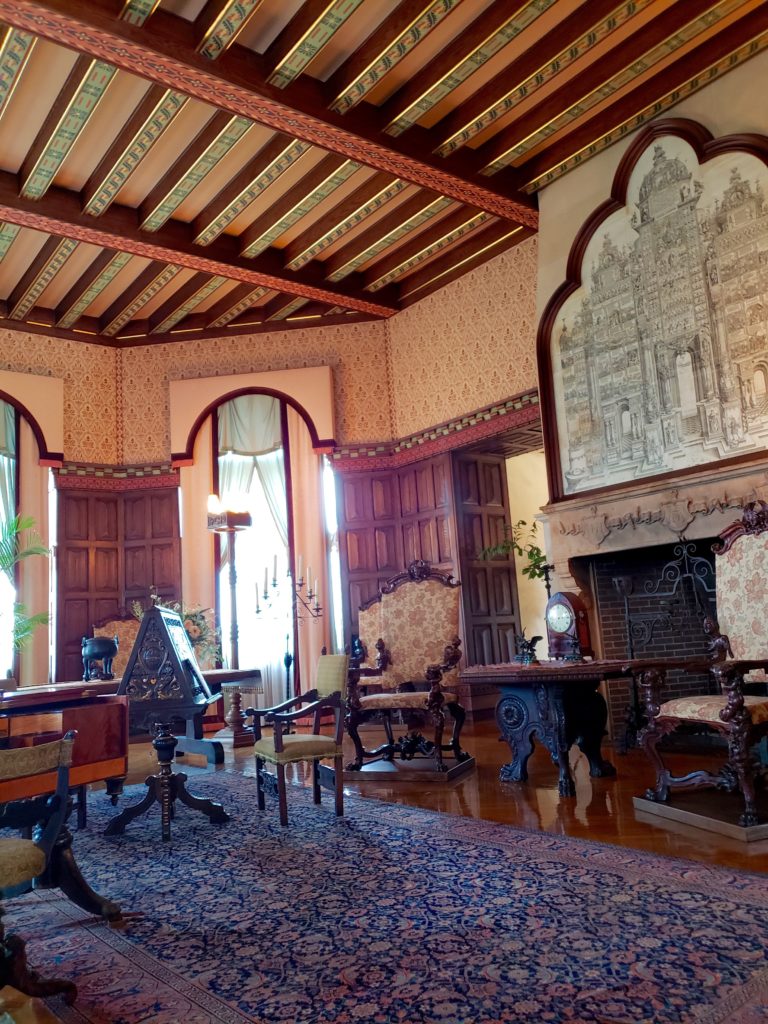 Whether decorating on a vast scale like Biltmore or something more reasonable like your own home, you CAN do it yourself!  Like Vanderbilt, you must be visionary in your own way.  Look for inspiration both near and far as you create a space that is uniquely you.  Don’t take no for an answer and stay the course.  Your own mansion awaits!